The Threat of War Comes 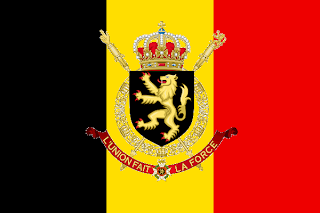 It was on August 2, 1914 that Germany sent their first demand to Belgium that they should be allowed to march through Belgium unopposed to attack the French. On August 3 the Belgian government sent a message in reply to Germany. The Germans had tried to justify their plan to invade Belgium by saying that France was about to do the same but the Belgian government replied that they had no information of this and that if France tried to violate Belgian neutrality we would defend ourselves and fight the French just as we would fight the Germans for violating Belgian territory. The government reminded the Germans of the promises they had made in international agreements to respect the neutrality and territorial integrity of Belgium and how faithful Belgium had always been to honoring international agreements. They said that to accept the German demands would be to dishonor the Belgian nation and betray their duty to the whole of Europe. It would make Belgium an accomplice in the crime of Germany's invasion of France. On the next day, August 4, King Albert I spoke to the Belgian parliament in one of the great stirring speeches of history. The King said that the whole country hoped for peace, "But if our hopes are betrayed, if we are forced to resist the invasion of our soil, and to defend our threatened homes, this duty, however hard it may be, will find us armed and resolved upon the greatest sacrifices."

This was the first great trial that Belgium had faced since independence. The country had put too much trust in international agreements and was not well prepared for war and Belgium was facing the most powerful and heavily armed military force in the world. In spite of the many difficulties, the people stood together as one to resist and to defend independence and the national integrity. When the Germans invaded Belgium they were going to be very surprised because they had expected that Belgium would not resist at all or could be easily swept aside with no difficulty. When the Belgian soldiers of 1914 held the forts, when they struck at the invaders, when they destroyed the bridges and fought constant rear-guard actions, the Germans became furious. Their timetable was thrown off, the first problem in their grand strategy for defeating France. The fierce Belgian resistance slowed the Germans down and then the British army at Mons slowed them down again and by the time they were approaching Paris the French were ready and the German plan was defeated. I have such great admiration for the awesome courage of the Belgian forces who stood directly in the path of the Imperial German war machine and stood their ground and fought them every step of the way. They were a small army but very huge heroes!
Posted by BelgieRoyalist at 8:29 AM