The Children of Leopold 1er

Crown Prince Louis-Philippe was the first child born to King Leopold I and Queen Louise. He was born on 24 July 1833 at Laeken. He was named after his grandfather King Louis Philippe of the French. He was the pride of his parents and the hope for the future of the new Kingdom of Belgium. The baby prince was baptized at St Michael and Gudula Cathedral in Brussels by Archbishop Engelbert Sterckx of Mechelen-Brussels. His mother nicknamed him ‘Babochon’. Sadly, Crown Prince Louis-Philippe did not live even to his first birthday. He died on May 16, 1834 of an inflammation of the mucous membranes. He was buried in a little coffin wrapped in white velvet, first in the vault of the Dukes of Brabant in Brussels but he was later moved to rest with his parents at the Church of Our Lady of Laeken. Both parents were devastated, Queen Louise writing that his death brought up the painful memories for King Leopold I of the death of his first wife Princess Charlotte. 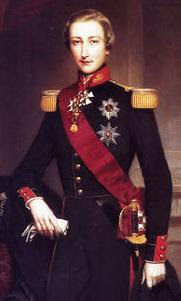 Leopold, Duke of Brabant, the future King Leopold II was born on 9 April 1835. His birth was a welcome relief in that Belgium had an heir again but there was still sadness over the death of Louis-Philippe and Leopold would never be well liked by his parents and never have a very happy childhood. His mother thought his big nose made him look like a bird and his father referred to him as the “little tyrant”. His younger siblings were much more popular with their parents than Leopold was. Slightly crippled at birth, he was bashful and did not have great social skills. He was also always in the shadow of his father who had a rather exalted sense of himself and was widely revered around Europe as a great leader so it was hard for him to measure up to his esteemed father or his more sociable brother and sister. Visitors often described him as either cold and aloof or excessively friendly and very sly. Being treated unfairly so early in life made him unconcerned with criticism and his desire to live up to and surpass the great accomplishments of his father made him very single-minded and ambitious. He became King on 17 December 1865 with the one goal of making Belgium great. 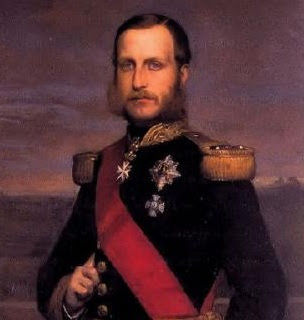 Prince Philippe, Count of Flanders, was born on 24 March, 1837. Throughout his childhood and youth Prince Philippe was known for being friendly, very outgoing and jolly. Because of this he was quite popular. He was born at Laeken palace and was made Count of Flanders on 14 December 1840. At first many would have thought he might make a better king than his brother but Prince Philippe soon became quite deaf and this hampered his abilities as a public figure. However, he cultivated his mind, he loved to read and collected a great many books. In 1867 he married Princess Marie of Hohenzollern, daughter of the Prussian prime minister and sister of the first King of Romania. They had a very happy marriage and had five children which was important because King Leopold II never had any children so the succession was secured by Prince Philippe. They were very religious, very conservative but content with a simple family life, having little time for politics or court rivalries. Philippe and Leopold did not get along very well. Philippe died in 1905 but it was his son, Albert, who would succeed his older brother as King of the Belgians four years later. 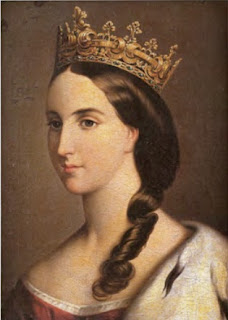 Princess Charlotte was born on 7 June 1840 at Laeken and she is probably, alongside her brother who became king, the most famous of the children of Leopold I. Her father had wanted a boy but he quickly adored Charlotte, naming her after his beloved late first wife. She was his favorite child and described as his “pet”. Throughout her life she was very studious, very curious and very energetic. She was always busy with something and devoted herself radically to whatever project she had. She was very popular in Belgium as the exceptional and beautiful young princess. In 1857 she married Archduke Ferdinand Maximilian of Austria and with him went to Lombardy-Venetia in Italy (Austrian at the time). They were both bored and idealistic when they accepted the offer to become Emperor and Empress of Mexico in 1864. The situation there was not what Charlotte had been led to believe (she used the name Carlota in Mexico) but she worked feverishly in both politics and social events in Mexico to make their empire a success. She was sad that they could not have children and was overburdened by the stress on her in Mexico. When she went to Europe to try to obtain help for the faltering empire she suffered a mental or nervous breakdown and never saw her husband or adopted country again. Continuing to suffer from mental illness she lived isolated in Belgium until 1927.
Posted by BelgieRoyalist at 10:46 AM

Email ThisBlogThis!Share to TwitterShare to FacebookShare to Pinterest
Labels: children, leopold i