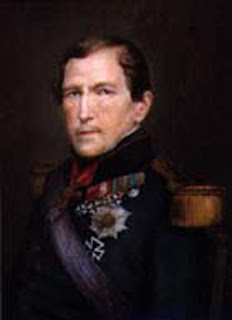 Leopold I, the first King of the Belgians, came to the throne on July 21, 1831. His reign was a crucial period and by his wisdom and close relations with the royal houses of Europe ensured that Belgium started out on a firm foundation of stability and with the support of the European community. A veteran of the Russian Imperial Army and the Napoleonic Wars he had been married to the heiress to the British throne (who died) and then married Louise-Marie de Bourbon, daughter of SM Louis-Philippe, King of the French. His astute leadership won the respect of the people and brought the diverse Belgian population together. When revolutions swept Europe in 1848 Belgium remained a safe haven of peace and stability and progress because of the appreciation the people had for his leadership. He established ties of marriage by his children with the Houses of Hapsburg and Hohenzollern and he was one of the most widely respected statesmen of his time, known as the "Nestor of Europe". 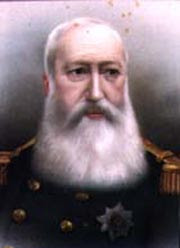 Leopold II, son of Leopold I, became King on December 17, 1865 and was determined to make Belgium a magnificent and respected country. He had a great interest in geography and philanthropy. He employed the explorer Henry Stanley to explore the Congo basin and this in time developed into the creation of the Congo Free State of which Leopold II was Sovereign King. He organized an expedition to eradicate the Arab slave trade in central Africa and another to aid in suppressing extremists in Egypt. He also allowed volunteers to go defend the Papal States from Italian nationalists. Belgium became a colonial empire thanks to Leopold II but he is best remembered for the great buildings and monuments he left behind, many of which he paid for himself. He was a man of big ideas and big aspirations. He had even bigger visions of ways to build up the country that he never got to see completed. Unfortunately all of his success aroused alot of jealousy and he was not very popular with the rest of Europe. 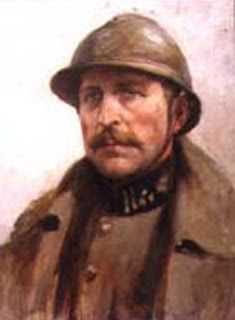 Albert I, nephew of Leopold II, became King of the Belgians on December 23, 1909. He was a very humble and religious man and a man with strong convictions. He was very down-to-earth but devoted to duty. In 1914 he refused to sacrifice the neutrality or sovereignty of his country and led the tiny Belgian army to war against the invading Germans. He showed great courage and leadership in the most difficult circumstances, staying with the army and leading them throughout the war, becoming a respected Allied commander and leader of an army group. He was honored all over the world because of his heroic defiance and bold leadership. He wanted to end the war peacefully but this was not possible. After the war he was merciful to his enemies, pushed for universal suffrage and for the further development of Flanders (much of which had been ruined by the war). He took a great interest in every part of his country and was also a man who loved the outdoors. This sadly led to his death in a mountain climbing accident. 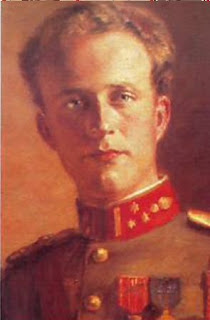 Leopold III, son of Albert I, became King unexpectedly on February 23, 1934. Like his father, Leopold III was very religious and very heroic. Even as a boy he had volunteered to fight in the trenches with the army as a regular soldier. He was a devoted father and a great patriot who wanted to keep his country united and neutral. When Nazi Germany invaded Belgium, like his father, he led the army in a heroic fight, holding off the Germans longer than any other of the Low Countries. Finally he was forced to surrender or see his men massacred but he did not abandon them and stayed in Belgium to endure the occupation with his people and to ease their suffering as much as possible. He hoped after such a disaster a new begining could be made with a stronger, more united Belgium with a more efficient and dutiful government. However, he was betrayed by the self-serving politicians he most opposed and he had to go to Switzerland. The people wanted him back but he would not risk conflict and abdicated the throne. 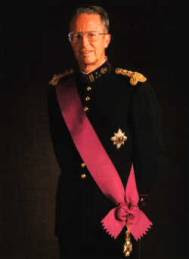 Baudouin, son of Leopold III, was thrust onto the Belgian throne on July 17, 1951 at a time of great turmoil and instability. In such a position it is no wonder King Baudouin would have rather been a priest. However, he was a dutiful king and soon won the respect of everyone by his calm and kind manner and his simple but deep religious faith. However, Belgium had changed and more changes came. King Baudouin went to Africa to give the Congo its independence, though he had misgivings about how prepared they were for total separation. The country also divided officially into Flanders and Wallonia with their own governments for each in addition to the national one. Society was also going through many changes that King Baudouin opposed and he had problems of conscience at times when doing his duty clashes with his traditional moral code. However, King Baudouin was very popular and widely respected around the world though he and his wife Queen Fabiola were sad that they could never have children. 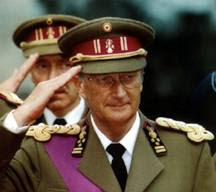 Albert II, brother of King Baudouin, became King on August 9, 1993 and is probably the most active monarch in Europe today. As divisions in the country grew deeper the King has had to work harder and harder to hold the ship of state together. So frustrating has this become that many have said everyone is Flemish or Walloon and only the King is Belgian. Probably no other Belgian king has had to deal with what Albert II has had to deal with; social changes, growing demographic changes, the "War on Terrorism", constantly bickering parties that refuse to cooperate, the economic crisis and the growing position of the European Union. Probably no other King and Royal Family have been so heavily scrutinized in Belgian history as Albert II and his family or been so often asked to justify their position. However, through it all he has kept his good humor and continues to labor on to keep his dysfunctional family of subjects together as one country as he first swore to do.
Posted by BelgieRoyalist at 1:09 PM