Belgian Princess, Queen of May 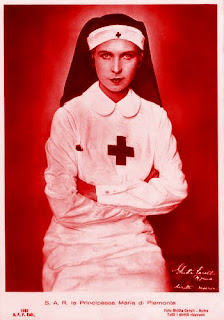 The Mad Monarchist relates the story of Princesse Marie-Jose of Belgium who became the wife of the Prince of Piedmont and later the last Queen of Italy. Her story is very unfortunate, so many difficulties she had to overcome and so much jealousy and slander she had to deal with and is still sometimes the victim of even now. But everyone who knew her said she was the best, most intelligent Queen that Italy ever had and would have been greater still if only she had been given a chance to. She was not interested in ceremony but in service and always wanted to help everyone, just like her parents King Albert I and Queen Elisabeth who always were devoted to their people and wanting to improve their lives any way that they could. She deserved much better, to be able to do the job she had always prepared for at least and also she deserved a happier family life but if she had not married Prince Umberto, who could she have married instead? There really were not much options. But she was a great queen for one month only and still a star in the sky of the royal house of Belgium everyone should be proud of.
Posted by BelgieRoyalist at 5:45 PM No comments: 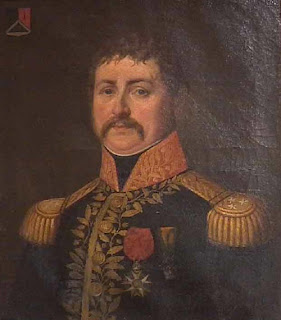 André Joseph Boussart was one of the most prominent Belgians to have served in the Revolution and in the French Napoleonic army. During his life he served in the Austrian army, the army of the United Belgian States and the French army, seeing action in Europe, Africa and the East. He was born on 13 November 1758 in Binche, Hainaut. At the time Belgium was officially the Austrian Netherlands and he wanted adventure so he joined the Austrian army and by 1789 had become a junior lieutenant in the Austrian cavalry (which they were famous for). When the Brabant Revolution began he immediately left the Austrian service to give his full support to the revolutionary patriots and the United States of Belgium. He easily became a captain because of his prior military service but the United States of Belgium did not last long, being crushed by the Austrians, and Boussart escaped to France where he joined the army there, still determined to carry on the fight and joined other Belgians in the Hainault Dragoon Regiment in which he fought the Austrians again. Later he fought with the “Army of Italy” and earned many promotions because of his daring and fearlessness which also caused him to be frequently and badly wounded. By 1797 he was chef de brigade.

Boussart was a supporter of Napoleon Bonaparte and he accompanied Napoleon on his grand campaign to North Africa and the Near East. He fought at the epic battle of the Pyramids in 1798 and the battle of Aboukir in 1799. In 1800 he was promoted to general and in 1801 he fought the British at the battle of Alexandria where he was wounded three times and had to be sent back to France. For his bravery he was made a member of the legion d'honneur in 1803. During the Third Coalition War he led a cavalry brigade of dragoons at the stunning French victory at Austerlitz. In the next war he missed out of the battle of Jena but earned great fame for his participation in the pursuit of the Prussians after. His victories over the Prussians were probably the most remarkable of his career. He played a critical part in the battle of Prenzlau against the Prussians and later also captured the port of Wolgast on the Baltic. He served also under Grouchy at the battle of Lübeck and the battle of Czarnowo where he was wounded. He was badly wounded again at the battle of Pultusk where he fought with the unit of Nicolas Léonard Beker. He fought also at the battle of Eylau and in 1808 Napoleon made Boussart a Baron of the Empire and transferred him to the front in Spain. 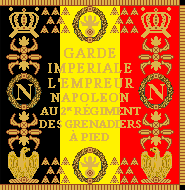 He defeated superior Spanish forces at the battle of Margalef and then fought at the victorious siege of Lerida and later the victorious siege of Tortosa. He fought at the siege of Tarragona where he killed far more of the enemy than his own forces lost. Later his participation was also crucial in a victorious attack at the siege of Valencia despite being almost killed. In 1812 he was promoted to general of division and served at the battle of Castalla. He had to leave the front to recover from his bad wounds but was unable to and finally died because of his injuries on 11 August 1813.

Posted by BelgieRoyalist at 12:14 PM No comments:

King Leopold I in "Young Victoria" 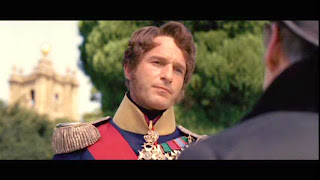 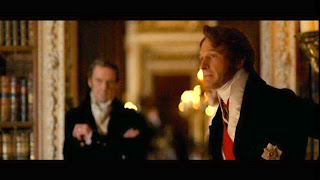 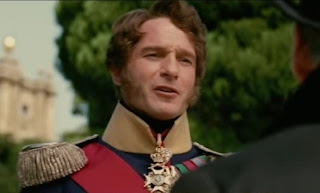 In the 2009 film "The Young Victoria" the part of King Leopold I of the Belgians was played by the talented German actor Thomas Kretschmann who I have been a fan of ever since he came out in "Stalingrad" which was a powerful film. He has played parts ranging from Pope John Paul II to Adolf Eichmann. Americans may also remember him from "U-571" and he has had, I think, smaller parts in other American films. He gave, I think, a good performance in "The Young Victoria" but I think the wrote King Leopold I as being too  blunt and cold. He gave the impression of being slightly heartless when, he really just knew that there was romance and there was duty and not always do they coincide. He also maybe tried to push people in the direction he wanted but was not so harsh and blunt about it as in the movie. At least though they showed that he was a major figure in the royal circle of that time and influential in bringing Albert and Victoria together.
Posted by BelgieRoyalist at 10:20 AM No comments:

Email ThisBlogThis!Share to TwitterShare to FacebookShare to Pinterest
Labels: leopold i, movie

Posted by BelgieRoyalist at 1:30 PM No comments: