The Children of King Albert Ier 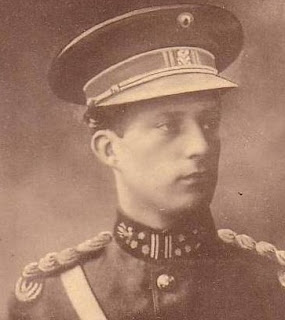 Leopold III was the first child of King Albert and Queen Elisabeth, born on 3 November 1901. As a youth he defended his country in the Great War as a common soldier. Educated in the UK and US he married Princess Astrid of Sweden in 1926. She died in 1935 to the great sadness of all. As king Leopold had to deal with rising radical factions in the country and increased regionalism. He was sympathetic to the complaints of the Flemish. He tried a policy of neutrality but this was not respected by the Germans. In World War II he led the army in defending the country, fighting for 18 days before being forced to surrender. Refusing to escape he remained with his people to help them endure the occupation. In 1941 he married Lilian Baels. Hitler tried to enlist his cooperation but Leopold refused. He also had trouble with his government who had fled to Britain. The Germans took him out of Belgium and at the end of the war he moved to Switzerland. Because the public was so divided over his return he abdicated in 1951 to spare his country. 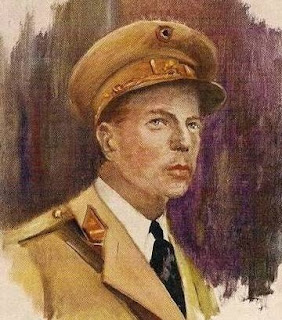 Prince Charles, Count of Flanders, second child of King Albert and Queen Elisabeth was born on 10 October 1903. His personality was very different from his older brother. He became Count of Flanders in 1910 and trained with the navy and the army of Great Britain before taking up his own position in the Belgian service. During World War II he defended the country as a colonel with the cavalry corps. After the surrender he retired to his home in Brussels. When the Allied invasion of Europe came he moved to a secret home in Wallonia. When the Allies entered Belgium he was named regent by the government while the King was in Switzerland. Many important changes took place during his regency. The US “Marshall Plan” was put into effect, women were given the vote, a social welfare system was set up, the Benelux union was formed and Belgium joined the United Nations and the NATO alliance. When the Royal Question was settled he retired to Ostend to devote himself to his love of art, drawing and painting. 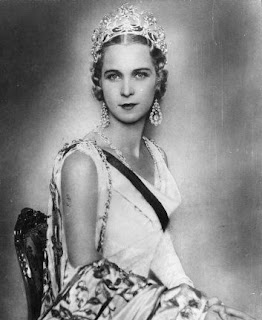 Princess Marie-José was the only daughter of King Albert and Queen Elisabeth, born on 4 August 1906. On 8 January 1930 she married Crown Prince Umberto of Italy and became a very fashionable figure in Rome and Italian society. This marriage was arranged because the Italy was about the only royal Catholic monarchy left besides Belgium. However, the marriage was not exceptionally happy but the couple did have four children. During World War II Princess Marie-José set an example of sacrifice for the war effort and was made president of the Red Cross. However, she did not support the fascist regime and was able to act in a subtle way as a bridge between the fascist government and the Allies when Italy was moving toward discharging Mussolini and switching sides in the war. Her husband took charge of Italy and in 1946 her father-in-law abdicated and she became Queen of Italy alongside her husband King Umberto II. However, after only 35 days as nominal queen the Italian monarchy was abolished by a referendum. She parted from her husband and lived in exile forever after.
Posted by BelgieRoyalist at 12:05 PM

Email ThisBlogThis!Share to TwitterShare to FacebookShare to Pinterest
Labels: albert i, children