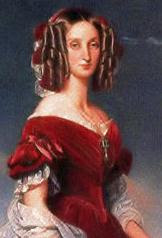 Louise de Orléans was the first Belgian queen consort, the second wife of King Leopold I. The two married in 1832 in a double ceremony because Leopold was a Protestant. Louise was from the French Royal Family and had been born in Sicily, her mother being of the Sicilian Royal Family (also Bourbon). She gave Leopold four children though the first did not survive long. Queen Louise was very popular and for her time was the image of the ideal royal wife. She was beautiful, very religious and did not interfere in politics. She preferred privacy and home life to being the center of attention. Queen Louise was also very generous and supported charities and the works of the Church. Even when she could have made complaints she did not and her family connections were important in the early days of the Kingdom of Belgium. Unfortunately, she died in October of 1850 from tuberculosis in Ostend. At her death King Leopold addressed the nation, “She was attached heart and soul to her new country; in you she found to love those qualities which she herself possessed in the highest degree—steadiness and constancy in your affections.” 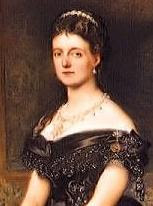 Marie Henriette of Austria was the consort of King Leopold II and likely had the most unhappy time of any Belgian queen. She was from the Austrian Imperial House of Hapsburg and married Leopold in 1853. The marriage was arranged and never a good match from the start. For duty and obligation they endured and had four children but only one son and after his death the two lived apart from each other, husband and wife in name only. Being born and raised in Hungary her one joy in life was horses. As usual she carried on charity work, supported the arts and music but because of her unhappy marriage was never really seen in the same way as a queen ordinarily would be. She was mostly separated from the monarchy with her daughter Princess Clementine being the most visible female figure at royal events with the king. She was a strict parent, a determined woman but always unhappy. Today there would probably have been a divorce but that was unthinkable then and she and the King remained officially married until her death in 1902. 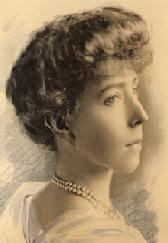 Élisabeth of Bavaria was the third Queen of the Belgians and consort to King Albert I. Her father was an eye doctor and her mother a Portuguese princess. For most of her life Queen Elisabeth had a love for art and music and because of her background a very sympathetic nature. She and Albert married in 1900 shortly before he became king. A new city in the Belgian Congo was named in her honor. When World War I came it was very painful to her as a German and daughter of the Bavarian Royal Family. However, no one doubted where her heart was and she supported her husband in his harshest trial and also won great respect for her brave and tireless efforts as a nurse, visiting the front and helping wounded soldiers. She later cultivated a great scientific curiosity and in World War II showed her humanitarian side again by using her old connections in Germany to save the lives of many Jews who would have been massacred by the Nazis. She later caused some controversy by visiting communist bloc countries like Poland, China, Yugoslavia and the Soviet Union but this was simply an effort to promote peace and not a political statement. She died in 1965 survived by her three children. 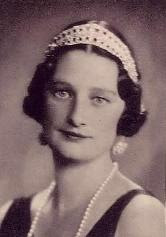 Astrid of Sweden, consort of King Leopold III, might have been the best queen Belgium ever had, but we will never know because of how sadly her life was cut short. Queen Astrid was from the Bernadotte Royal Family of Sweden and she married Leopold III in 1926. It was a true romance from the start. Since Astrid was a Lutheran she later became a Catholic but her new family did not insist on it but she decided of her own conviction to come to the Church. She gave the King three children and the two were very devoted to each other and the family was very close. Everyone loved Queen Astrid who was beautiful, kind and naturally charming. She became queen suddenly after the untimely death of King Albert I and she and Leopold named their next child in his honor. Queen Astrid gave much back to her people and could be counted on to take the initiative to do whatever she could to help in any situation. She traveled with her husband around the country and to Africa to meet with everyone and she cared about all of them and sympathized with their situations. The country and all Belgians everywhere were shocked at her death in a car accident in 1935. 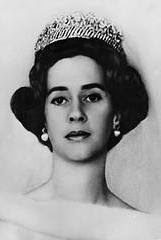 Fabiola de Moran y Aragón was the consort of King Baudouin. She was from a noble family but not royalty and had no thought of ever becoming a queen before she married King Baudouin in 1960. Before that time she had written books for children and worked as a nurse. The marriage was the occasion of much celebrating in Spain and Belgium and she was very well received into her new country. Queen Fabiola and King Baudouin were very devoted to each other, both very religious and family oriented. So it was a great sadness for both that they could never have children. Five miscarriages were endured by the couple but in the end Queen Fabiola never lost her optimistic nature. The death of King Baudouin was a terrible blow to her but she continued her service of good works supporting the Church and numerous charities with particular attention to those suffering from mental illnesses. She has also contributed much to helping women in the countryside of poor countries for which she has been widely recognized. In recent years Queen Fabiola has been the target of a number of absurd death threats which she has endured with bravery and even humor. She remains a greatly beloved national figure. 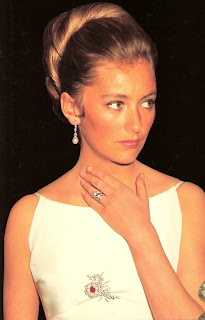 Paola Ruffo di Calabria, our current Queen and consort of King Albert II was an Italian princess prior to her marriage. Her family is one of the oldest noble houses in Italy, originally from the south though Queen Paola was born in Tuscany. She married King Albert II in 1959 and, as we know, presented him with three children over the years. Although she can speak Italian, French, English and German some have been critical of the difficulty she has had in learning Dutch but Queen Paola has never stopped trying to master the language and throughout her time as queen has shown a readiness to always learn, expand her interests and remain current. It is unfortunate that she and King Albert have had their marital difficulties in the past but they have shown their commitment by working through these problems, never giving up and seem more devoted to each other now than ever before. She assists the King in all of his duties and does a lot of good work on her own, setting up her own charitable foundation and providing a helping hand to those people who seem like they have no one else to turn to. Supporting education, children and helping the poor have been top priorities for her, always done with a smile. Supporting local heritage, crafts, art and music are important to her and she loves reading, especially travel books about Europe and Africa.
Posted by BelgieRoyalist at 1:10 PM