The Children of Leopold II 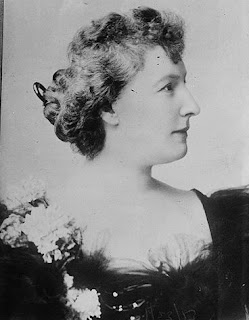 Princess Louise-Marie was the first daughter of King Leopold II, born on 18 February 1858 in Brussels. Her relationship with her parents was not ideal, her father being too busy for her and her mother being overly strict. As is often the case this led Princess Louise to become a rebellious character and the most famous flirt of the Belgian royal house. In 1875 she was married to Prince Philippe of Saxe-Coburg and Gotha-Koháry and later had two children. However, the King disliked the marriage because he was growing distrustful of the Prussians/Germans but her mother approved only because Philippe had a connection with her beloved Hungary. However, it was not a happy marriage at all. While in Vienna Princess Louise-Marie suggested the marriage of Princess Stephanie to the Austrian Crown Prince Rudolf. In 1897 she left her husband after falling in love with an officer in a Croatian regiment of the Austrian army. Her children left her and her husband was wounded in a duel with her lover. The man later went to prison for forgery but in 1906 Louise-Marie and Philippe were finally divorced. Her high living left her with little money and she went to an asylum. When her old lover, Géza Mattachich, got out of prison he helped spring her and they ran away to Paris where they lived till his death. The Princess was then taken care of by Queen Elisabeth until her own death in 1924 in Wiesbaden. 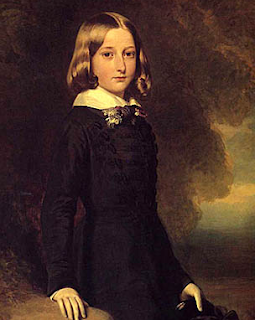 Prince Leopold, Duke of Brabant, the only son of King Leopold II, was born in Brussels on 12 June 1859. His birth was a great joy for the country and the royal house; the promise of the continuation of the dynasty. His parents did not have the best marriage but his birth was what it was all about and it was the hope for a son and heir, more than anything else, that kept the King and Queen together for the good of the country. His older sister had been named after her grandmother and Leopold was named after his grandfather (and his father too). When Leopold II became king in 1865 the little Prince Leopold became the Duke of Brabant and he was groomed with the expectation that he would one day be King of the Belgians. However, that was not to be since his young life was cut short when he fell in a pond at Laeken when he was only 10 years old in 1869. He did not drown but came down with pneumonia (it was January and very cold) and died because of that. The usually stern King Leopold II was crushed by the death of his son, collapsing in sobs in public beside the coffin of his little boy. Those who are quick to characterize Leopold II as cold and unfeeling should remember that very public emotional moment. Prince Leopold was buried at the Church of Our Lady of Laeken in Brussels. 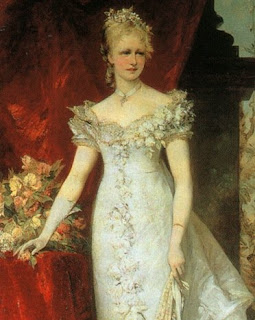 Princess Stéphanie was born at Laeken on 21 May 1864, the second daughter of Leopold II and even at a very young age was considered her duty to marry for the country. The Crown Prince Rudolf of Austria was looking for a wife and Princess Louise-Marie suggested her sister Princess Stéphanie and in the absence of any other royal Catholic princess the agreement was made for another Belgian-Austrian marriage. Because she was so young the wedding had to be put off until she was mature enough to have children and in 1881 the couple were married in Vienna in a very glamorous ceremony. Alongside the members of the Austrian Imperial Family the future Kaiser Wilhelm II attended as did the famous King Edward VII of the British Empire. However, the marriage was not very successful and Rudolf was known for being unfaithful. The Austrian Empress Elisabeth did not welcome her and neglected by her husband Princess Stéphanie fell in love with a Polish count. In 1889 Rudolf killed himself and his mistress and in 1900 in Italy she married a Hungarian count and moved to his country. She survived both world wars and had to flee from the Soviets before her death on 23 August 1945. 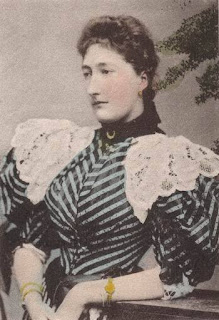 Princess Clémentine of Belgium was the last child of Leopold II, after his birth the King and Queen lived apart feeling their was no chance of having another son and heir. Her mother raised her strictly but Leopold II allowed her more freedom until the death of her mother when she had to become the leading female royal of Belgium. She had a good relationship with the King until he opposed her romance with Prince Victor Napoleon Bonaparte. She asked again and again to marry the Prince but the King did not want his daughter marrying a Bonaparte. However, Princess Clémentine was patient and persevered. After Leopold II died she finally married her Prince Napoleon in Italy in 1910 with the blessing of the new monarch King Albert I. Prince Victor later became head of the Bonaparte family (Napoleon V), making Princess Clémentine the wished-for “Empress of the French” for those loyal to the Bonaparte family. After so many years of endurance and sacrifice for others it is satisfying that she was so happy with Prince Victor Napoleon who she absolutely adored and loved. They had two children, a daughter and a son and heir for the Napoleonic dynasty (Napoleon VI). Sadly her husband died in Brussels in 1926 and she must have worried terribly over her son who was almost killed a number of times during World War II in the French Resistance and German captivity. She died in Nice in 1955.
Posted by BelgieRoyalist at 12:45 PM