The Children of King Albert II 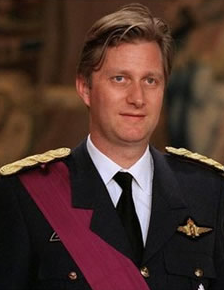 Prince Philippe, Duke of Brabant, is the eldest child of King Albert II and Queen Paola. He was born on 15 April 1960 at Laeken and was educated at the Belgian Royal Military School, Oxford and Stanford University in California. He graduated there in 1985 with a master’s degree in political science. He trained with the armed forces becoming a certified pilot, paratrooper and commando. In 2001 he was appointed Major General in the land and air forces and Rear Admiral of the naval forces. In 1999 he married Mathilde d’Udekem d’Acoz and together they have had four children born from 2001 to 2008. His daughter Princess Elisabeth will one day be the first reigning Queen of the Belgians. When he was young some spoke of him as a possible successor to his uncle King Baudouin but others have objected to him even succeeding his father because of his religiously and socially conservative nature. Which is, naturally, ridiculous to say in a kingdom. Prince Philippe helps many social causes, travels extensively to promote trade and business with Belgium, is very much involved with defense issues and has spoken as a strong supporter of maintaining national unity, which he will one day be responsible for. 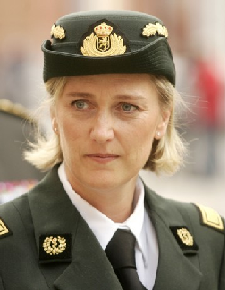 Princess Astrid of Belgium, second child of King Albert II and Queen Paola, was born on 5 June 1962 at Laeken and was named after her grandmother the beloved Queen Astrid, consort of King Leopold III. Princess Astrid was educated in Belgium, the Netherlands, Switzerland and at the Institute of European Studies in Michigan, Unites States. On 22 September 1984 she was married to Archduke Lorenz of Austria-Este at which time she became also Archduchess of Austria-Este. The couple have five children born from 1986 to 2003. She has also stood as godmother to Prince Sebastian of Luxembourg and Prince Gaston of France. From 1994 to 2007 she served as Chairwoman of the Belgian Red Cross, stepping down when the language communities began squabbling because she would not take sides between the French and Dutch speakers. She also serves as a colonel with the medical corps of the Belgian armed forces. Princess Astrid does a great amount of social and charitable work dealing with cancer, epidemics and pandemics and has shown great concern for the disabled and victims of social and political violence and the struggles of women in less fortunate countries. 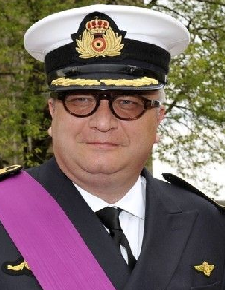 Prince Laurent of Belgium, youngest child of King Albert II and Queen Paola, was born on 19 October 1963. Educated in Antwerp and Brussels, after finishing school he trained with the armed forces and entered the navy, training on frigates and mine-sweepers. He became an officer in 1985 and specialized as a diver and helicopter pilot. In 1994 he was promoted to commander before going to the United States to study in a number of civilian industries as well as world politics and business. He is greatly interested in the environment and is involved in a number of organizations to promote conservation, clean energy and the protection of wildlife. In 2003 he married Claire Coombs with whom he has three children; a daughter and twin boys. Prince Laurent is loved by some and ridiculed by some for his open and informal style, saying what he thinks and being very opinionated. In 2004 he was promoted to captain in the naval service though he has also had to deal with scandals relating to the use of naval funds. However, unfair attacks on the Family Royal have become so commonplace it is difficult to believe anything that is reported in the media. Since 2000 Prince Laurent has also served as a Senator.
Posted by BelgieRoyalist at 4:31 AM