Prince Philippe, Duke of Brabant and Princess Mathilde are in Burundi for the celebrations of 50 years of independence since Belgium recognized that status in 1962. This also is the anniversary year of independence for Rwanda but the Belgian Crown Prince and Princess have not been welcome to visit everywhere in both countries due to bad feelings in much of Rwanda and Burundi toward Belgium. This is really unfortunate because Belgium has been insulted and accused of the most horrible role in the sad history of these countries, most painful of all being the genocide in Rwanda and it is entirely untrue that the Belgian people, then or now,  have been in any way responsible for this. First, Belgium is often blamed for creating the division of the Hutus and the Tutsis and this, it is said, ultimately led to the Hutu genocide of the Tutsis when many people claim they are the same people with no difference at all. But this is untrue. What distinctions existed before the arrival of the Europeans, I cannot say, but Rwanda-Burundi were first part of German East Africa and it was the German colonial officials who designated the different groups and tried to standardize things to make their colonial government more efficient. All of this was already in place when Belgium gained the countries in World War I during the Belgian offensive against German East Africa, ending in the capture of the German outer capital of Tabora. 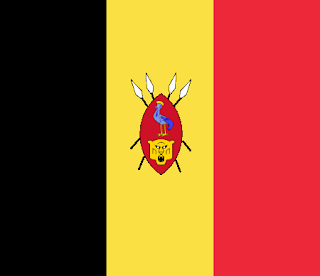 There is now not a single crime that the Belgian authorities are not accused of committing. Every national figure of Rwanda or Burundi who faced misfortune or who was killed, it is accused that Belgian agents were always responsible. Is there at all any evidence for any these accusations? No, absolutely no and never. Still, the accusations and assumptions go on being made. In Rwanda, the Belgian administration was blamed for the vote which deposed King Kigeli V but at the same time Belgium is accused of being responsible for the death of King Mutara III which allowed his brother Kigeli V to take the throne (and Mutara III had been a good ally of Belgium). In Burundi, King Mwabutsa IV could not keep control after independence because the Hutu-Tutsi division kept causing the murder of his prime ministers. But Belgium was not responsible for this, the Germans had created the divisions and during Belgian administration the peace had always been maintained. And King Mwabutsa IV was not overthrown by Belgian agents but by his own son which, of course, we were not involved in at all.

It would be nice if there could at last be peace and genuine friendship and cooperation between Belgium, Rwanda, Burundi and the Congo also after now 50 decades since the end of the Belgian colonial empire. Unfortunately, this cannot happen while those power-hungry individuals continue to blame every problem and misfortune on the Belgians of history so that they will not be held responsible for their own misrule. This encourages hatred and keeps always bitter feelings alive. Only when this stops can their at last be real friendship and cooperation again.
Posted by BelgieRoyalist at 12:00 PM