Marriage Anniversary of the King and Queen 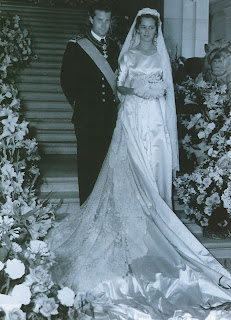 Today in 1959 King Albert II and Queen Paola were married. Did the younger brother of the King and the Italian princess imagine at that time that they would ever have to take the position of being the King and Queen for the nation? King Baudouin was still not married, only a few years on the throne and everyone probably still assumed he would get married and be able to have children of his own and Prince Albert would only be in the position of perhaps Prince Laurent today. Would Queen Paola have given the same answer to the proposal if she knew she would one day have to be the Queen, with all of the pressures, scrutiny and responsibilities that position means? I hope so, but can we ever know for certain? Over 53 years of marriage, most certainly today, is a great accomplishment and, we all know, it has not always been easy for the first couple of Belgium. It is not worth talking about but all the people know things have not always gone perfectly for the King and Queen, there have been mistakes, hard times but, we give thanks, forgiveness and reconciliation in the end. I would not want to think of how things would be if the King had married someone else. Queen Paola has been the best queen in the world for Belgium and she really, I think, has always put the Belgian people first every time. The King also has had very large problems in the terms of politics, to deal with but he keeps always the 'ship of state' sailing forward. They also have been good parents, raising very good children. Congratulations to their Majesties then on a very successful 53 years of marriage today, taking alot of hard work but doing a great job together for the country! 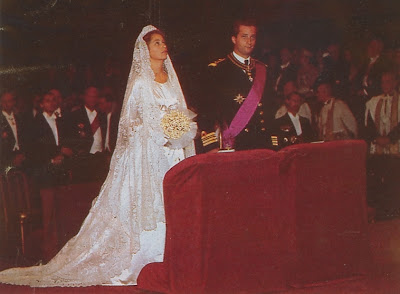 Posted by BelgieRoyalist at 1:37 PM